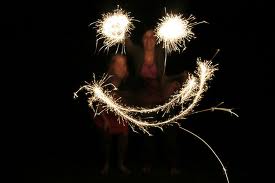 Sparklers and other non-explosive fireworks are now legal in Georgia.

In other words, it’s legal to blow your fingers off and set your neighbor’s roof on fire with bottle rockets, even though you’ll be arrested for arson and Dumb in the Third Degree.

The Fourth of July is a happy time to celebrate the birthday of the greatest nation in the world: the United States of America.

July 4th is a day when average folks “have a couple of beers” in the hot sun … and get behind the wheel to drive home … only to be stopped for Driving Under the Influence.

If you drink, don’t drive.

Georgia’s Insurance and Safety Fire Commissioner Ralph Hudgens wants you to use extreme caution to avoid injuries using fireworks during the Fourth of July holiday.

Sparklers and similar non-explosive fireworks are now legal in Georgia.  That means it is now legal to blow your fingers off and set your neighbor’s roof on fire with bottle rockets … until you are arrested for arson and First Degree Stupidity.

Roughly 7,000 people end up in hospital emergency rooms every year for fireworks-related injuries and most of those incidents involve children.  Fireworks injuries spike around Independence Day.

REMEMBER: The sale and use of most types of fireworks, including firecrackers, skyrockets, and cherry bombs, are still illegal in Georgia and punishable by a maximum fine of up to $1,000 and up to one year in jail.