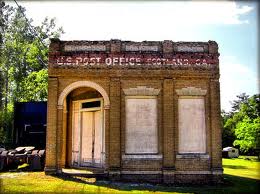 The U.S. Postal Service (USPS) gave a glimmer of hope to otherwise doomed rural post offices across America, in the form of a news release dated May 9, 2012.

A few regional post offices that are affected include:

The new USPS strategy would adjust “window hours” for existing post offices by matching hours to customer use.  PO Box and retail lobby hours would remain the same — as would each post office’s ZIP Code identity.

This is not a “done deal,” however.  The new plan would be implemented over a two-year, multi-phased approach and would not be completed until September 2014.  Once implemented, the USPS hopes to save a half-billion dollars annually.

Here’s the fine print: The USPS will provide an opportunity for the Postal Regulatory Commission (PRC) to review this plan prior to making any changes. The USPS intends to file a request for an advisory opinion on the plan with the PRC later this month. Community meetings would then be conducted to review options in greater detail. Communities will be notified by mail of the date, time and location of these meetings.

“The Postal Service is committed to serving America’s communities and providing a responsible and fair approach for our employees and customers,” said Postal Service Chief Operating Officer Megan Brennan, and “The Post Offices in rural America will remain open unless a community has a strong preference for one of the other options. We will not close any of these rural Post Offices without having provided a viable solution.”

A voluntary early retirement incentive for the nation’s more than 21,000 non-executive postmasters was also announced.

If you’d like to take a stab at figuring out the USPS press release for yourself, Click Here.  Good luck.