Thanks to the tireless efforts of local, state and federal agencies working together, the body of Griffin Prince has been found in Lake Lanier, not far from Shoal Creek Park and Buford Dam.

A fishing boat more than 20′ long rammed the pontoon boat carrying Griffin Prince, his family and friends not long after 10:30 PM, near Shoal Creek Park and Buford Dam.

Paul J. Bennett, the driver of the fishing boat, has been charged with Boating Under the Influence.

Earlier today divers located what was termed a debris field from the wreck.  That gave investigators hope they were closer to finding the body of Griffin Prince.

Cadaver dog teams narrowed the search to within 200 feet of the crash site.

Prior to locating the boy’s body, divers searched submerged trees by hand, limb by limb, in the dark cold waters.

Words cannot express the sorrow so many of us feel for the Prince family.

Nor can we rightly express our gratitude for the heroes who never gave up the search.

A pontoon boat carrying individuals from four families in Gwinnett County was traveling in the Shoal Creek area near Buford Dam.  In spite of having its lights on, their boat was hit head-on by a speeding center-console fishing boat.

The fishing boat left the scene following the accident.

Killed in the wreck was nine-year-old Jake Prince of Buford.  Jake’s 13-year-old brother, Griffin Prince, was also on the pontoon boat at the time of the crash.  Griffin went missing following the accident.

The father of the two boys, Michael Prince, was driving the pontoon boat that was carrying four adults and nine children.  Five passengers on the pontoon boat who were thrown into the water by the collision – including Mrs. Prince – were treated for minor injuries and released from Gainesville’s Northeast Georgia Medical Center.

The outstanding response from the Hall County Fire Department, Gwinnett and Forsyth County authorities, and the U.S. Army Corps of Engineers, brought 11 people safely to shore.

Witnesses at the scene gave police a description of the fishing boat involved in the deadly hit-and-run. 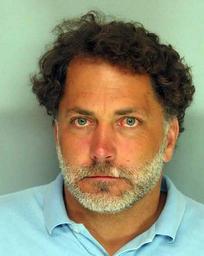 According to DNR sources, the DNR ranger who responded to the accident saw the fishing boat that struck the pontoon boat as the fishing boat entered Bald Ridge Marina in Forsyth County.  After confirming the description of the boat that left the scene, investigators went back to the marina.  They found the fishing boat believed to be the one that fled the fatal accident and made an arrest.

Two other people, including one woman, were on the boat when the arrest took place, but were not immediately charged.  They may face charges as the investigation continues.

Again, our gratitude goes out to all who helped in this recovery effort and for those who prayed that no one else would be lost in the effort.