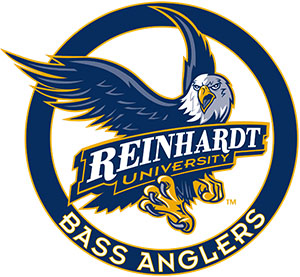 You’re invited to join the Bass Anglers from Reinhardt University for its first bass tournament to be held on Lake Allatoona on Saturday, April 19, 2014.

Teams will hit the water on Saturday, April 19th from Victoria Boat Ramp. The tournament will run from safelight until 3 p.m.

The entry fee is $70 per team with big fish included; $20 of the entry fee will go to the Reinhardt University Bass Anglers so they can compete in the Collegiate Bass Championship at Pickwick Lake, Alabama, which will be televised on NBC Sports.

To register for the Reinhardt University Bass Anglers Bass Tournament, visit the Dugout in Kennesaw up until the day before the tournament.

Registration the day of the tournament begins two hours before sunrise at Victoria Landing Boat Ramp.

Bass Anglers is the new fishing team at Reinhardt for the 2013-14 academic year.  They have fished two college tournaments so far and have plans to fish many more. Dr. Roger Lee, vice president for student affairs and dean of students, kindly serves as their faculty advisor.