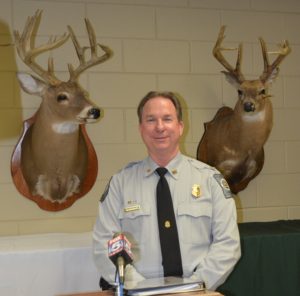 Col. Henderson serves as the Director of the DNR Law Enforcement Division and oversees all aspects of the Division.  His work during the transition of law enforcement into its own division was outstanding.

“Col. Henderson continuously strives to strengthen and refine the professional effectiveness of the division,” said Homer Bryson, Deputy Commissioner of the Georgia Department of Natural Resources. “He promotes quality values throughout the division and empowers staff with the knowledge and training necessary to confidently enforce Georgia’s laws.” 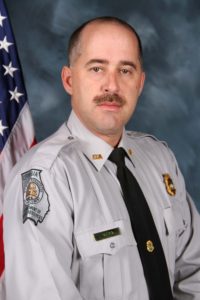 “I commend RFC David Webb on his drive and his efforts to protect Georgia resources,” says Col. Eddie Henderson, director of the Law Enforcement Division.  “His ability to work with other agencies and compile information for the investigation, plus being able to finalize reports shows great multi-tasking skills.”

RFC Webb was a principle investigator in a case titled Operation Something Bruin.  This case required cooperation with agencies such as U.S. Fish and Wildlife Service, U.S. Forest Service, National  Park Service as well as other state wildlife agencies.  Ultimately, the operation documented over 900 state and federal charges, including 139 state charges against eight defendants in Georgia, and 110 state charges against 26 defendants in North Carolina.

For his part of the investigation, RFC Webb served as an undercover officer for 18 months where his duties included infiltrating groups suspected to be hunting illegally.  During this time, he generated over 189 reports and 500 audio recorded conversations.

RFC Webb then managed to produce more than six weeks’ worth of reports within a month of time in order to be prepared for the takedown part of the operation which occurred in February 2013.