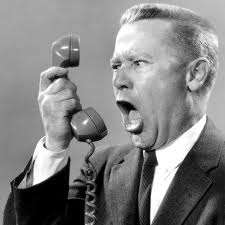 That late-night phone call you and others who live near Lake Allatoona might have received recently was more than an annoyance, it’s an expensive scam too.  I almost fell for it myself.

Just after midnight, my cell phone rang.  Just once.  Then it stopped.

I have a phone that is much smarter than I am — especially when awakened from a sound sleep at night.  The people who call me regularly all have their own ringtones, everyone else gets the generic song (Low Rider by War).

The area code “268” is assigned to the Caribbean Islands.  Scammers, in this case, hope to annoy people into returning a call to whomever hung up after one ring.  When you call that number, you’ll be billed for an international call.  There are reports that I could not personally confirm that said that folks who call numbers such as 268-762-0158 are also billed by the person at the other end of the phone.

Remember the old 900 numbers that people paid $10 or $20 a minute to supposedly speak to a psychic or somebody who would take dirty to them?  In a similar manner, these hoaxsters can bill you for calling them and they’re not accountable to American laws because you’re calling the Caribbean Islands.

Again, this is not some outrageous story I found on the Internet.  This happened to me personally.  As a writer and researcher, I never know who will be calling me next.  That’s why I Googled the number.

I hope that my research into this odd call will help you not take the bait offered by these pirates in the Caribbean.