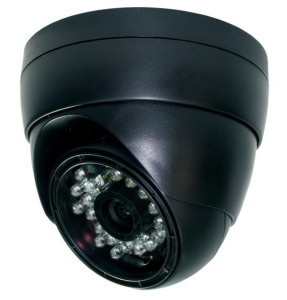 If you’re the victim of a hit-and-run wreck and law enforcement uses a few of its zillion cameras, and the public’s, to help catch the perpetrator, you’ll think this is good news.

If you believe that having every move you make in public is your private business, not something that every store, cell phone user and government agency known to man (and many that are not) need to record, you won’t think this is good news.

Our opinions, however, do not matter.  This is the future and we’re being recorded.  You can get angry or wear a pointy hat made out of aluminum foil, but that’s not going to change anything.  The debate about the invasion of privacy is vapid.

At least our friends at the Marietta Police Department are publicizing their plans to implement the new M-LIVE (Marietta Law Enforcement Image and Video Exchange) Program.  Designed to continually modernize public safety initiatives in Marietta, especially in the area of crime prevention and detection, M-LIVE enables the police to request and process digital images and video submissions from the public of specific crimes and crime scenes.

When Marietta police are working on solving a specific public safety problem, pattern, or crime, the department will broadcast a request to the public for relevant images or video they may have of the event(s).  In a press release we will provide a specific “Call Out” which is the file name that we want the public to upload their digital media that directly pertains to our request.

The public can then upload photos or video from a computer, an app on their phone or select social media sites such as Facebook, Instagram, and YouTube.  The upload site is capable of receiving and cataloging enormous amounts of digital data to be reviewed by detectives to determine if there are evidentiary materials or specific investigative leads contained in the digital images.

The idea for the M-LIVE Program comes from the resounding success last year of the Boston Police Department while they were investigating the 2013 Boston Marathon bombing.  BPD requested the public to submit any video they had of the marathon, mainly from cell phone photos and videos.  The public responded in a very big way, submitting hundreds of hours of video.  The police sorted through all the video and solved the horrific acts of terrorism.

LIVE, the Marietta Police Department plans to use the same methodology to solve specific local public safety problems or crimes.  In order to begin using M-LIVE, MPD plans to focus on a current public safety problem: a trend involving a increase in hit-and-run/leaving the scene of an accident incidents in 2013.

In order to reduce and reverse this dangerous trend, the department is requesting anyone who has photographs or video of someone leaving the scene of an accident to use one of the many avenues provided for submitting digital data to this website.  The images will be reviewed by detectives and those that are relevant to pending hit and run cases will be documented and forwarded to investigators for follow-up.

The Marietta Police Department remains deeply committed to engaging the public in a spirit of cooperation and partnering with the police in order to keep Marietta safe from all hazards, especially crime.  To that end, Marietta Police department members feel that the M-LIVE program will provide a new efficient and effective means for the increasingly cyber-savvy public to work shoulder to shoulder with their police toward our mutual goal of maintaining a safe community.

We might as well put on a happy face and smile … because the cameras are rolling.