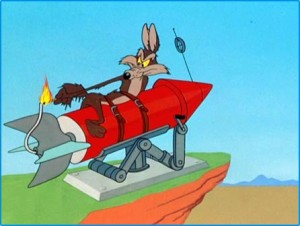 A new fireworks law has taken effect in Georgia.  It regulates the sale of roman candles and stuff that loyal citizens once were forced to purchase in neighboring states in order to celebrate national holidays.

And the rockets’ red glare…

At least one prominent media outlet in Atlanta is inaccurately referring to this bill at “House Bill 100,” instead of HB 110.

The bottom line is simple.  We can now buy roman candles, bottle rockets and other fireworks that were previously illegal in Georgia.

The bombs bursting in air …

There are stipulations, of course, on who can purchase or set off the fireworks. You must be 18 or older.  You can blow off your stuff from 10 AM until midnight all year long.  For New Year’s Day and the 4th of July, you can launch bottle rockets until 2 AM.  Whether your neighbors or their kids or puppies like it or not.

Gave proof through the night

Our annoying neighbors were still there …

That’s going to be trouble.

So, how are fireworks defined by politicians?  Simple:

‘Consumer fireworks’ means any small fireworks devices containing restricted amounts of pyrotechnic composition, designed primarily to produce visible or audible effects by combustion, that comply with the construction, chemical composition, and labeling regulations of the United States Consumer Product Safety Commission as provided for in Parts 1500 and 1507 of Title 16 of the Code of Federal Regulations, the United States Department of Transportation as provided for in Part 172 of Title 49 of the Code of Federal Regulations, and the American Pyrotechnics Association as provided for in the 2001 American Pyrotechnics Association Standard 87-1, and additionally shall mean Roman candles.’

In a rare show of wisdom, lawmakers forbid using bottle rockets and roman candles within the length of a football field — evidently out of range for the fireworks — of gas stations or (ready?) a nuclear power plant.

Nobody is going to explode when they find out there’s an additional 5% tax of the stuff we used to have to drive to Tennessee or South Carolina to sneak back into Georgia.

Enjoy the 4th of July!  Around 2:15 AM, when the rockets stop going off all around Lake Allatoona.