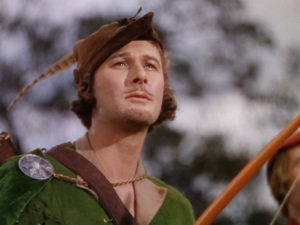 It’s that time of year when men — who are otherwise incapable of such simple tasks as picking up their beer cans, knowing when a diaper needs to be changed or how to empty a dishwasher — head into the woods before dawn to sit almost motionless for hours in trees smelling like a deer in heat, so they can slay their prey with a bow and arrow.

Yup, the first day of deer hunting season is better than our birthday.  Deer never give us ugly ties or make us watch chick flicks or make us guess the scent of one of the 32 candles burning in our houses.

Archers get the first whack at Bambi when hunting season opens around Lake Allatoona on Saturday, September 14, 2013.

“Spring and summer seasons with abundant rainfall, like Georgia has experienced this year, generally produce abundant natural foods,” said John W. Bowers, chief of Game Management.  “These conditions often contribute to an increase in deer quality, but can also make it a challenging year to hunt deer.”

Beginning this season, the number of firearms either-sex days is reduced in most counties. A few factors went into this decision, including the decline in the number of fawns that survive into fall and an increase in doe harvest rates.  These factors warranted regulatory changes to reduce the doe harvest.

Many public lands offer specialty hunts, including primitive weapons hunts, adult/child hunts and ladies-only hunts. Dates and locations for these hunts are listed in the 2013-2014 Georgia Hunting Seasons and Regulations guide. Georgia offers more than 90 state-operated wildlife management areas (WMAs) for the public’s use.

State-managed public hunting lands are funded through a combination of state license fees and matching federal funds from the U.S. Fish & Wildlife Services’ Wildlife Restoration Program.  Hunters account for $977 million in retail sales in Georgia each year with a $1.6 billion ripple effect and almost 24,000 jobs.

Hunters are allowed a season bag limit of 10 antlerless deer and two antlered deer (one of the two antlered deer must have a minimum of four points, one inch or longer, on one side of the antlers).  Special regulations apply to archery-only counties and extended archery season areas.  Counties in the Metro Atlanta area (Clayton, Cobb, DeKalb, Forsyth, Fulton, Gwinnett, and Rockdale counties) offer either-sex archery deer hunting Sept. 14-Jan. 31.

Don’t forget to print a new deer harvest record and have it with you as you head to the woods on the opening day of deer season, reminds the Georgia Department of Natural Resources’ Wildlife Resources Division.

“A deer harvest record is good only for a single hunting season, so hunters need to be sure to print a new harvest record for the new deer season,” said Charlie Killmaster, state deer program coordinator.

Hunters must complete a deer harvest record before moving a deer from the site of a kill, except when participating in a wildlife management area or national wildlife refuge hunt that requires hunters to check out harvested deer. Hunters may not possess or use multiple big game licenses or deer harvest records and should keep harvest records with hunting licenses.

To pursue deer in Georgia, hunters must have a valid hunting license, big game license and a current deer harvest record. If hunting on a WMA, a WMA license is required.