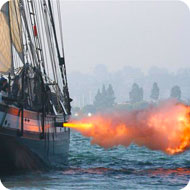 This press release was distributed on July 22, 2013, by Alabama’s Senator Jeff Sessions.  We present it without edits or commentary (except for the illustration).

“This was an important opportunity for the Senate to hear directly from the Army Corps of Engineers and representatives of all three states about the status of water management in the ACF and ACT basins. This challenging issue has been facing Alabama, Georgia, and Florida for decades. And as the Atlanta metro region continues to consume increasing amounts of water from these shared and limited water resources, it is imperative that all stakeholders have a full understanding of the actions the Corps has taken, or plans to take in the years ahead. I was pleased to be able to ask senior Corps officials detailed questions to understand their plans and to press them to follow the law—including the Water Supply Act of 1958—as important decisions are being made that will have impacts in all three states.

During today’s hearing, senior Corps officials conceded that Atlanta area interests had violated their water supply contract limits, but the Corps officials agreed to abide by the existing storage contracts at Lake Allatoona as they write the new manuals. This is an important commitment, but we will need to monitor the issue closely to ensure that proper steps are taken. Governor Bentley and the entire Alabama House delegation have written Congressional Leadership about these matters, as have Governor Rick Scott of Florida and the Florida delegation. As importantly, Senate EPW Committee Chairman Barbara Boxer and Ranking Member David Vitter have also correctly advised the Corps to ‘not take actions that favor the position of any of the three States’ but, rather, to serve as a ‘neutral facilitator of a negotiated solution.’ I am hopeful that today’s hearing helped emphasize the importance of these efforts.”

On Monday, July 22, 2013, the Senate Committee on Environment and Public Works, of which Sen. Sessions is a senior member, held a hearing entitled, “Oversight of Army Corps of Engineers Water Management in the Apalachicola-Chattahoochee-Flint (ACF) and the Alabama-Coosa-Tallapoosa (ACT) River Systems.” The committee heard from both federal and state officials including:

By agreement with Chairman Boxer and Ranking Member Vitter, Senator Sessions served as co-chair for this hearing.

A primary focus of the hearing was concerns about the Army Corps’ decisions at Lake Lanier and Lake Allatoona under the Water Supply Act of 1958. This important law “declared it to be the policy of Congress to recognize the primary responsibility of the States and local interests in developing water supplies for domestic, municipal, industrial and other purposes.” Subsection (b) of the Act authorized the Corps of Engineers and Bureau of Reclamation to allocate a portion of federal reservoirs for municipal and industrial water supply. In subsection (d) of the Act, however, Congress imposed a requirement that it approve any such allocation that would “seriously affect the purposes for which the project was authorized, surveyed, planned, or constructed, or which would involve major structural or operational changes.”

The Corps operates two large reservoirs near Atlanta, Georgia. Lake Lanier (ACF) and Lake Allatoona (ACT). These lakes impound rivers that otherwise flow downstream to communities in Alabama, Florida, and other parts of Georgia. Atlanta-area municipalities have made increasing use of those two reservoirs for local water-supply purposes, but the Corps has never sought approval from Congress under the Water Supply Act for that water-supply usage. This year, the State of Georgia requested a 280% increase in their contractually authorized storage allocation for Atlanta’s water supply withdrawals from Lake Allatoona, and Georgia has also renewed its request for water supply storage at Lake Lanier, where there is no current contract in place, seeking as much as 30% of Lake Lanier’s storage for Atlanta water supply.

For more information about Sen. Sessions’ recent efforts on issues related to the ACF and ACT river system, please click here and here.