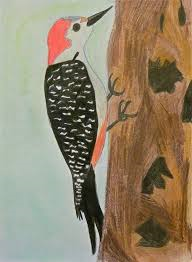 Georgia’s Youth Birding Competition was held Friday and Saturday, April 26 & 27, around our wonderful state.  Young birders soared to new records for bird species seen or heard, from accipiters to woodpeckers.

Twenty-four teams from primary to high school ages scoured the state for birds during the 24-hour contest held by the Georgia Wildlife Resources Division.

Coordinator Tim Keyes said for the first time in several years, the timing of tides Friday and Saturday allowed several teams to see many shorebirds and seabirds.

Still, the top counts are “incredible for anyone,” Keyes said. During the first Youth Birding Competition nine years ago, the lead team had 100 species. “It is amazing how much the kids’ skills have developed.”

Keyes also praised team fundraising efforts that totaled nearly $2,600. That brings to $18,717 the amount raised for wildlife conservation by event participants. Fundraising is a voluntary component.

Another highlight: team members who passed along their birding knowledge by mentoring other teams. One example is Rosemary Kramer, who mentored a novice team called Crazy Cardinals in the primary division and also helped the Chaotic Kestrels to second place in the high school division.

Flutter Brothers Malcolm and Evan Barnard of Johns Creek credited their mentor, Malcolm Hodges of The Nature Conservancy, with helping them devise a strategy that led to the record count.

“We tried to get as many habitats as possible,” said Malcolm Barnard, 18.

The competition, which ran from 5 p.m. Friday to 5 p.m. Saturday, ended with a reptile program and awards banquet at Charlie Elliott Wildlife Center near Mansfield.

The event is aimed at cultivating an interest in birds and wildlife conservation. The competition and accompanying T-shirt Art Contest are sponsored by DNR’s Wildlife Resources Division, The Environmental Resources Network Inc. or TERN – friends group of the division’s Nongame Conservation Section – and others including the Georgia Ornithological Society, Atlanta Audubon Society and Albany Audubon Society.

T-shirts worn by birders and team leaders at the banquet and awards ceremony featured a yellow-rumped warbler. Drawn and painted by Angus Pritchard, 14, an eighth-grader at Renfroe Middle School in Decatur, the warbler was the grand-prize winner in the competition’s T-shirt Contest. Pritchard also took part in the birding competition as a member of the Chaotic Kestrels.

For the birding competition, teams use as much of the 24-hour period as they want to count bird species across the state. The competition and art contest are free. The tentative dates for 2015 are April 25-26.

The event’s focus and success has spurred the start of a foundation, Race4Birds, to promote the Youth Birding Competition model around the U.S. Connie Campanella attended this year’s banquet and is teaming with Keyes and noted birding author Richard Crossley to develop the nonprofit effort.

DNR’s Nongame Conservation Section works to conserve Georgia’s rare and endangered wildlife, as well as other animals not legally hunted or fished for, plus native plants and natural habitats. The agency receives no state appropriations. Instead, it depends on grants, direct contributions and fundraisers such as sales and renewals of the bald eagle and hummingbird license plates.

The Environmental Resources Network, or TERN, is a nonprofit advocacy group that supports nongame conservation in Georgia. Details at http://tern.homestead.com.

Art contest division winners received $50 gift cards to Michael’s. The grand-prize winner received a $100 gift card to Michael’s, and his artwork was featured on the 2014 Youth Birding Competition T-shirt.