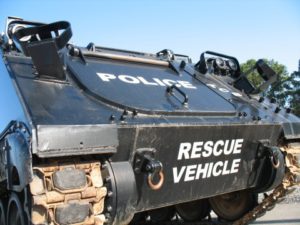 This puppy could get you a parking space on a busy shopping day. Anywhere you’d like.

The best toys for men, women, boys and girls are too expensive to buy.  Good thing they’ll be on display at Tellus Science Museum’s Heavy Metal in Motion extravaganza!

You’ve heard the saying, “The only difference between men and boys is the price of their toys.”  That’s just so wrong!  First of all, kids toys are way more expensive than what men can afford to buy themselves … after they buy toys for their kids.  The second reason that’s bogus is because women have expensive toys these days too, like these $20,000 cell phones covers.

It’s a good thing we can go to Tellus for this fabulously fun family adventure that’s way more than just a car show.  You’ll see vintage cars, a race car and a helicopter right there at Tellus.  Prepare yourself to see a real jet car!

Get ready to stick your fingers in your ears if it gets too loud when the souped-up engines start revving.  Just so you won’t miss a moment of the rumbling of the motors, Tellus will have a schedule of crank times on the day of the show, Saturday, October 18, 2014.

Kids can take a ride on a miniature train and slide down an inflatable slide shaped like a giant dump truck, while adults watch and wish they were young again.

There will also be a kid-sized model airplane at Tellus that will make a great photo opportunity.  Inside Tellus, kids will be able to enjoy a variety of hands-on motion-related activities that will make them want to be scientists, win a Nobel prize and a million dollars, and spend it on their parents who took them to Tellus!

Check out this video from last year’s event!