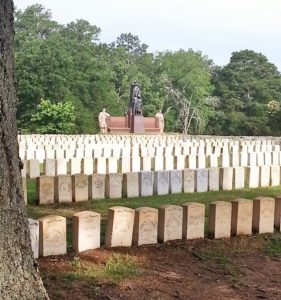 Memorial Day — what used to be known as Decoration Day — is little more than a day off from work to grab a few beers and grill burgers with friends and family to celebrate the opening day of the season of summer.

According to the website US Memorial Day, the lost essence of this national holiday is to remember those who died in service of the United States of America.

Almost 50 places lay claim to its founding, but in May of 1966, President Lyndon Johnson officially declared Waterloo, NY, as the birthplace of Memorial Day, now celebrated on the last day of May.

Memorial Day was borne out of the desire to honor those who gave their lives during the Civil War.

From US Memorial Day:

It was officially proclaimed on 5 May 1868 by General John Logan, national commander of the Grand Army of the Republic, in his General Order No. 11. “The 30th of May, 1868, is designated for the purpose of strewing with flowers, or otherwise decorating the graves of comrades who died in defense of their country during the late rebellion, and whose bodies now lie in almost every city, village and hamlet churchyard in the land,” he proclaimed. The date of Decoration Day, as he called it, was chosen because it wasn’t the anniversary of any particular battle.

On the first Decoration Day, General James Garfield made a speech at Arlington National Cemetery, and 5,000 participants decorated the graves of the 20,000 Union and Confederate soldiers buried there. 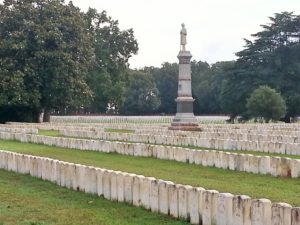 Today, we can visit one of the most somber national parks this side of Hawaii’s Pearl Harbor, Andersonville National Historic Site, to view the impact of war and to begin to comprehend what it means to give your life for your country.

During its bloody 14-months of operation, more than 45,000 Union soldiers were confined within.  Sadly, almost 13,000 died there.

The Andersonville National Historic Site is a memorial to all American prisoners of war throughout the nation’s history and to those who gave the ultimate sacrifice for others.  Their lives.

We urge you to visit Andersonville and to remember all those who died in service to the United States of America. 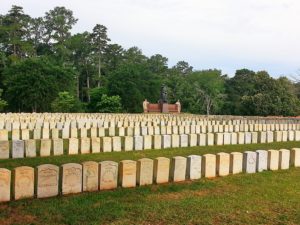 We express our gratitude and admiration for all those who selflessly died in service to America.