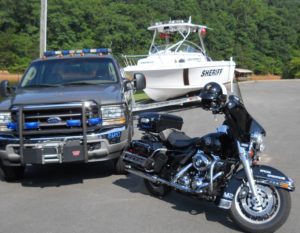 Another life was lost on Lake Allatoona on Saturday, June 2, 2012.

James Marquez Prater, 28, of Cedartown, GA, was known to be a good swimmer.  Mr. Prater and family members rented a boat and used it to pull an inflatable inner tube, according to authorities.  Mr. Prater was riding the tube at the time of the accident and was not wearing a life jacket.

Rescue attempts were made at the scene, but Mr. Prater did not resurface.

Melissa Cummings, spokeswoman for the DNR, said Georgia law requires life preservers to be worn by skiers and those riding inner tubes.  All children under ten years of age must also wear life preservers on a moving boat.

Several agencies worked together to locate Mr. Prater’s body, but it was not pulled from the lake until Monday afternoon, June 4th.

We greatly appreciate the diligent work of the rescuers.

Mr. Prater is the second drowning victim since Memorial Day.