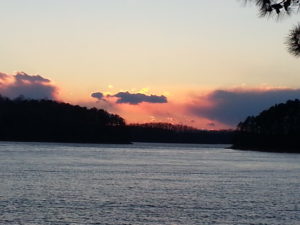 We regret to inform you of a drowning death that occurred at Lake Allatoona’s Red Top Mountain State Park on the afternoon of Sunday, September 1, 2013.

According to DNR Law Enforcement Division’s Sgt. Mike Barr, Mr. Alexander was with a family group on a rental boat in the area of the Red Top Mountain State Park swim beach, near the rock jetty, about 75 feet from shore.

Mr. Alexander asked how deep the water was and was told it was deep. He jumped in and, according to accounts, was swimming fine initially.  Then, he began to struggle.

Witnesses on shore said they heard him call for help. Two people on shore tried unsuccessfully to reach him.

Officials with the Department of Natural Resources, Bartow County Fire/EMA and the U.S. Corps of Engineers helped recover Mr. Alexander’s body at 6:18 PM in about 30 feet of water.

We are thankful for those who conducted the search for Mr. Alexander.

We also extend our sincere condolences to Mr. Alexander’s family, loved ones and friends.