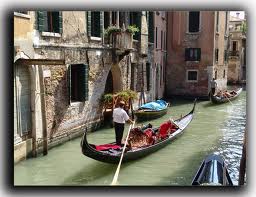 The Alabama-Coosa-Tallapoosa River District of the US Army Corps of Engineers (ACE) says Lake Allatoona is full when the water level hits 840 feet above sea level.

ACE built it.  That gives them the right to set the water level, in my humble opinion.  I’ve never heard them say, “Hey, if you don’t like it, build your own dang lake.”  Even though that’s probably what I’d say.

They also have the right to name it, “Allatoona Lake,” if they want to.  That doesn’t mean we have call it that.  Just ask Reginald Kenneth Dwight, Cornelius Crane Chase, Carlos Irwin Estevez, Marion Morrison or C. Sarkisian La Pierre, for example.

The level is up from its lowest point this year: 824.19 on January 11th.  Allatoona Lake has risen more than 21 feet in four months.  From my perspective, God answered our prayers for rain.

By the time you read this, the lake will probably be six feet above full summer pool or even higher.  Official Five Week Forecasts are only released by the ACE on Wednesdays.  We’ll know better then.

The water is now higher than it’s been since 2009, based on my study of the historical lake data.  Here are the highest levels in recent years:

Full pool this early in the year is wonderful, but water damage to property isn’t any fun.  Especially when you call your insurance agent and they tell you that you’re not covered for losses due to floods.  That’s why the biggest buildings in most towns are owned by insurance companies.  If it’s not too late, you might want to check your coverage.

If you’ll be out on Allatoona any time soon, please watch for floating debris in the water.  It’s easy to have a loved one tossed into the drink when you whack something just below the surface.

Low Levels in December 2012 on Allatoona