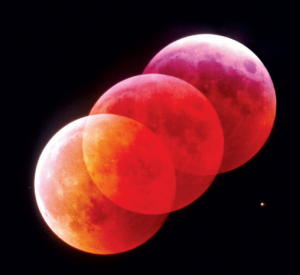 Tellus Science Museum, located at I-75’s Exit 293 near Cartersville, Georgia, would like you to join them to observe a rare total eclipse of the moon on Tuesday, April 15, 2014 at — Ready? — one o’clock in the morning until 5:30 AM.

This event will occur whether the skies are clear or cloudy!

Doors at Tellus will open AN HOUR AFTER MIDNIGHT on the morning of April 15th for this unique astronomical experience, with the galleries and observatory open throughout the evening.

The Planetarium will have sky tours and eclipse demonstrations at 2:00, 3:00 and 4:00 AM.  All telescopes will be aimed at the Moon this evening, including the 20-inch PlaneWave telescope in the Observatory, along with smaller telescopes on the Museum grounds.  Images of the Moon will be broadcast from the Observatory into the Theater, where experts will provide running commentary on the eclipse.

Should the skies over Tellus become cloudy, they plan to tune in to a clear site elsewhere in North or South America and broadcast the image from another observatory.  This is a school night, but the educational impact this might have on your future scientist could be invaluable!

Some cultures and paranoid people fear this “blood moon” signifies the end of the world as we know it.  We do not believe in such nonsense, but just in case we’re wrong … Goodbye!